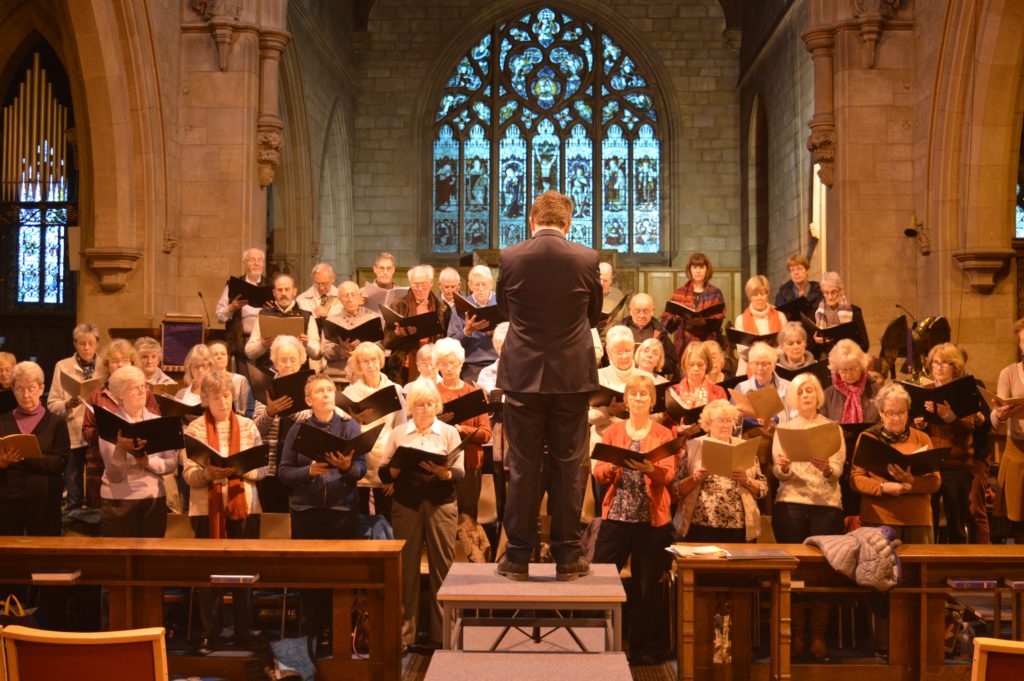 Ruddington is a large village some five miles south of Nottingham. Ruddington and District Choral Society was formed in 1962 as an Evening Class and has grown and developed since that time to a group of some sixty members who live in the Nottingham area. We meet on Monday evenings in school terms, generally from September to May.

We participate in a small number of concerts each year, accompanied usually by organ or our own orchestra drawn from a pool of local musicians. We generally give a concert in May, as well as one in November or December, performing a “Come and Sing Messiah” every other year.

For details of how the choir runs and its policies visit the administrative matters page.

Ruddington & District Choral Society is always very happy to welcome new members who wish to sing with us. Please use the menu above or click here for more information. 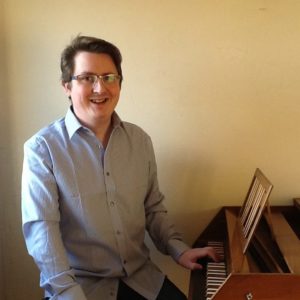 Paul Hayward (b.1984) is an experienced musician, having performed as an organist and accompanist for many years. Following two cathedral assistant organist posts and a similar post at a public school, Paul decided to concentrate on choral music as a composer and conductor. He is undertaking postgraduate studies in composition with the renowned Royal Wedding composer Professor Paul Mealor at the University of Aberdeen.

As a conductor, Paul has worked with a variety of choral and instrumental ensembles of different ages and abilities, from conducting a youth choir to training cathedral choristers, working with chamber choirs and choral societies, as well as instrumental ensembles. He has also led several successful workshops and “come and sing” events for choirs. He currently directs the Ruddington and District Choral Society with the Ruddington Chamber Ensemble in Nottinghamshire, as well as being the assistant director of music and accompanist to the chamber choir The Cranmer Company of Singers. Paul studied choral conducting with Peter Broadbent and Neil Ferris on the Association of British Choral Directors’ course for advanced conductors, resulting in the award of the LRSM in choral direction, and has recently conducted a variety of works including Purcell’s Dido and Aenas, Bach’s Magnificat, Vaughan Williams’ Five mystical songs and Hadyn’s Nelson Mass.

As a composer, Paul is published by Chichester Music Press as well as making a number of smaller compositions, arrangements and editions available for free via his website. His works have been performed around the UK and abroad. His setting of Binyon’s words For the fallen was sung at the Nottingham Civic Service of Remembrance in November 2017.

Further information can be found on his website: www.paulhayward.org.uk 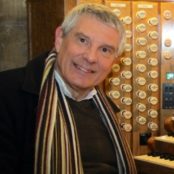 Michael was born in 1953. His early musical influences centred on Farnham and London.  At his local Parish Church, St Andrew’s, he was introduced as chorister and Assistant Organist, to the glories of the English liturgical tradition, and it was here also that his organ teacher Stephen Thomson inspired in him a love of the harpsichord.  Also during these years at Farnham Grammar School, the nationally acclaimed Farnham Festivals provided opportunity for Michael to give a number of first performances on solo piano, including works by Richard Rodney Bennett and Leonard Bernstein.  These exciting and formative experiences were complemented by Saturday mornings at Trinity College of Music, London, where he held a Junior Exhibition.

Horizons broadened with an Organ Scholarship to Corpus Christi College, Cambridge, where he read music, directed the College Chapel Choir, and studied the organ with Gillian Weir.  Harpsichord tuition continued with Kenneth Gilbert.  After graduating he was successively, an assisting organ scholar at King’s College, Cambridge, Assistant Organist at New College, Oxford, a deputy organist and choir master at the Cathedral and Abbey Church at St Alban’s, Director of Music at Eagle House Preparatory School for Boys, and Master of the Song School at Newark, Nottinghamshire. He was for 25 years Director of Music of Nottingham Boys Choir.

After winning First Prize in the 1982 Manchester International Organ Competition, he appeared twice as soloist at the Royal Festival Hall and has continued to play with numerous choirs and orchestras, including Sinfonia Viva (formerly the East of England Orchestra), the Wren Orchestra, the Orchestra of St John’s Smith Square, the Milton Keynes Chamber orchestra, and English Sinfonia, and has featured on several recordings, including five solo discs. There is a YouTube clip of Michael playing the harpsichord at “Elizabeth Walker plays Bach”.

Michael is a founder member of Mvsica Donvm Dei, playing on period instruments mainly in the East Midlands, with whom he recently appeared on Radio Three’s Eighteenth-Century season on In Tune live from Kedleston Hall. Michael is also harpsichordist for the chamber trio Continuum, with whom he has recently performed twice at the Handel House Museum in London. For 15 years he was the Director of Music of Worksop Priory.  For many years he was accompanist to Nottingham Harmonic Society, occasionally taking rehearsals in Neil Page’s absence. In 1994 he conducted their concert performance of Mozart’s Mass in c minor in Southwell Minster with the City of Oxford Orchestra. As need has arisen, Michael has frequently turned his hand to making choral arrangements tailored to the individual requirements of the group with which he has been working, for example Nottingham Boys Choir.   For many years he has written reviews for the Organists’ Review, and he has a number of compositions published. He lives with his wife, also a singing teacher, in Newark.